Here are some articles (sorry if you can’t understand Croatian) about my recent projects and promoting Croatian tourism around the world.

I did my first interview in Croatian for the National Television station, HRT.

In Magazin is a popular show on NOVA TV. For the past two years I have brought American students to Croatia for a 2-week study abroad program. In this video the students got to be apart of the filming and I am talking about my new video guide project. Click here to watch the whole interview. 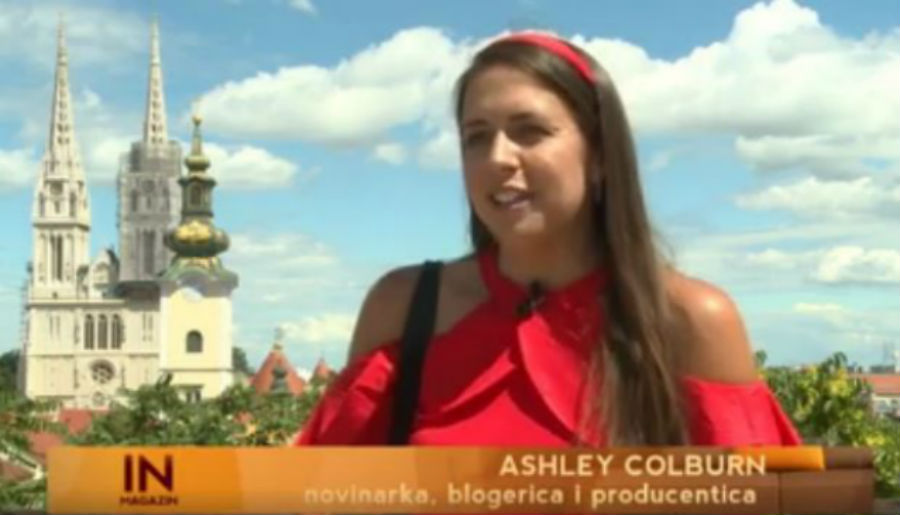 This summer’s video projects were a big hit throughout Croatia, but Slobodna Dalmacija wrote a very nice article talking about the video guides and how I am promoting tourism to the American market. Click here to read the interview in Slobodna Dalmacija. 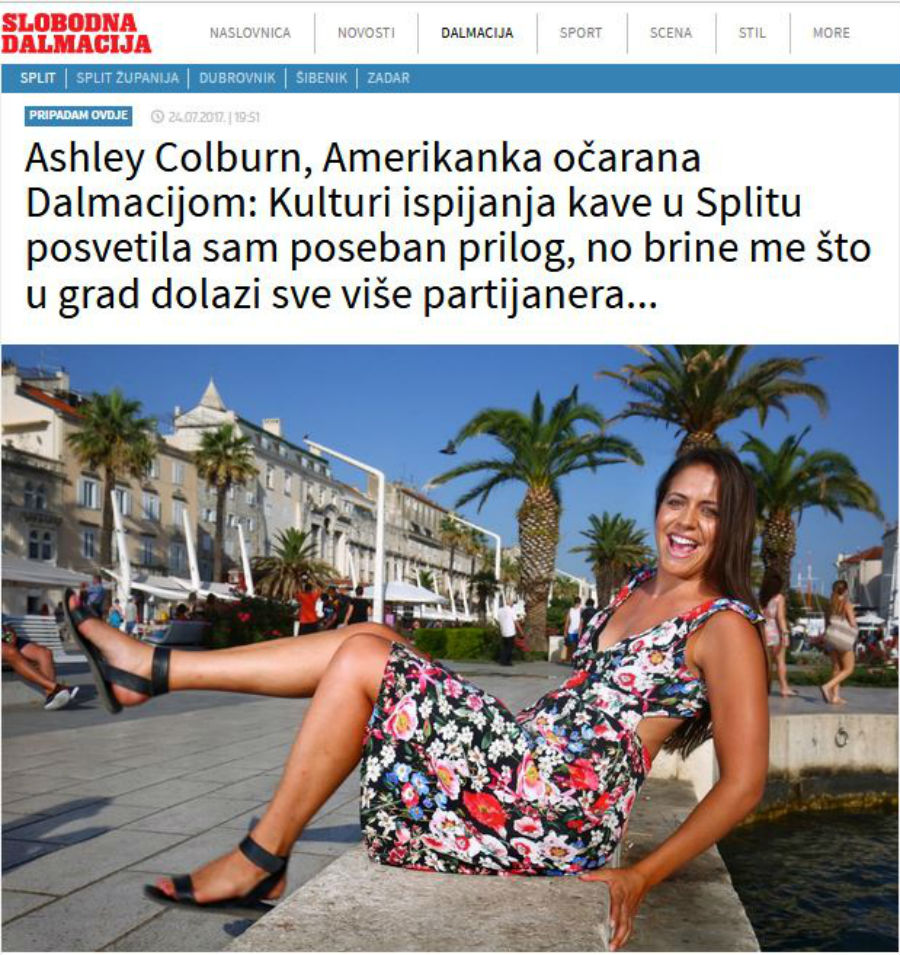 This summer I was the host during the ISABS Conference in Dubrovnik. During the conference I hosted the “Nobel Spirit Session” LIVE on HRT with 3 Nobel Prize Laureates. 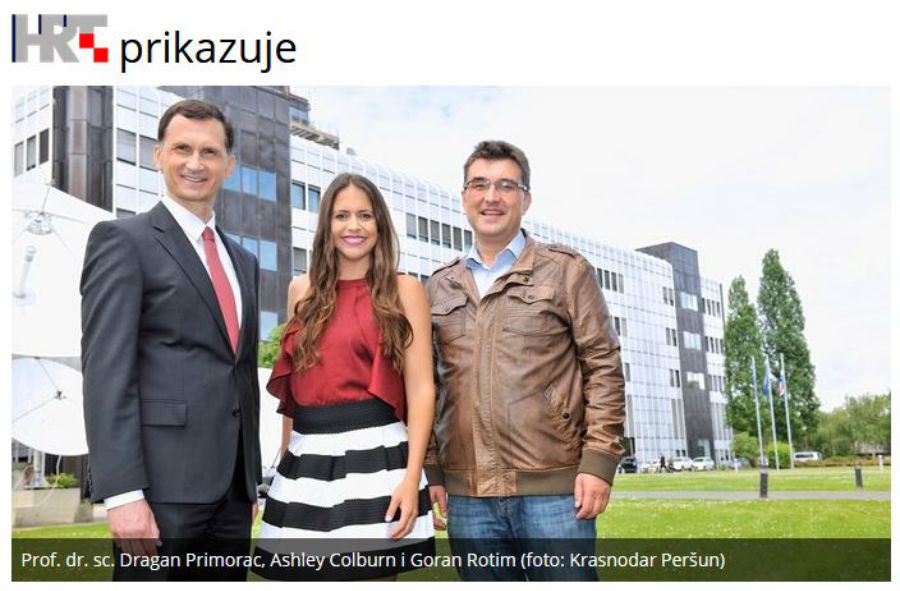 The Croatian media was very curious why I chose to live in Istria and make Croatia my home. Click here to read the interview in Novi List

When I won’t the EMMY for WOW Croatia, I was all over the media in Croatia. 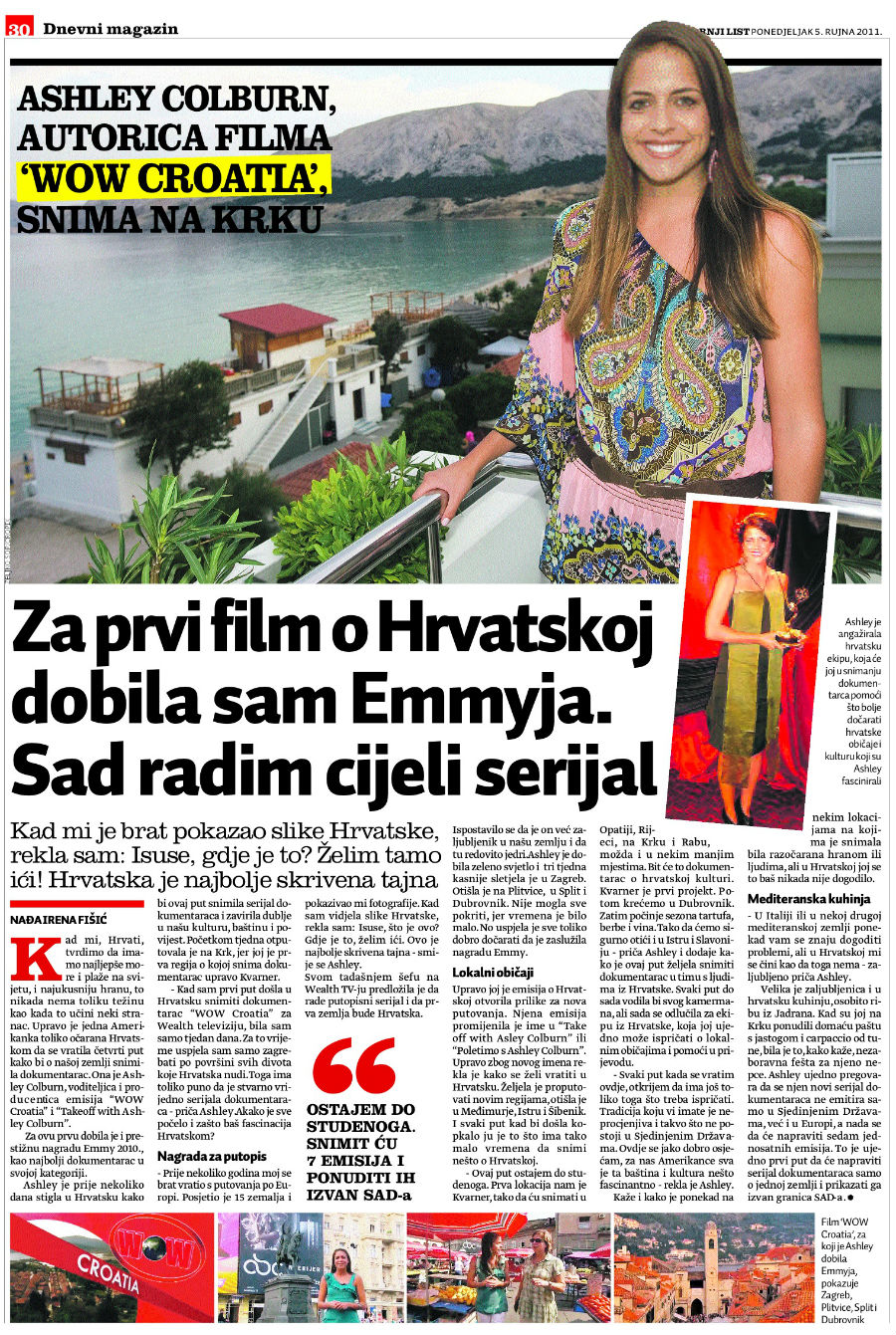 After the EMMY win, I was also featured in Croatian Cosmopolitan. 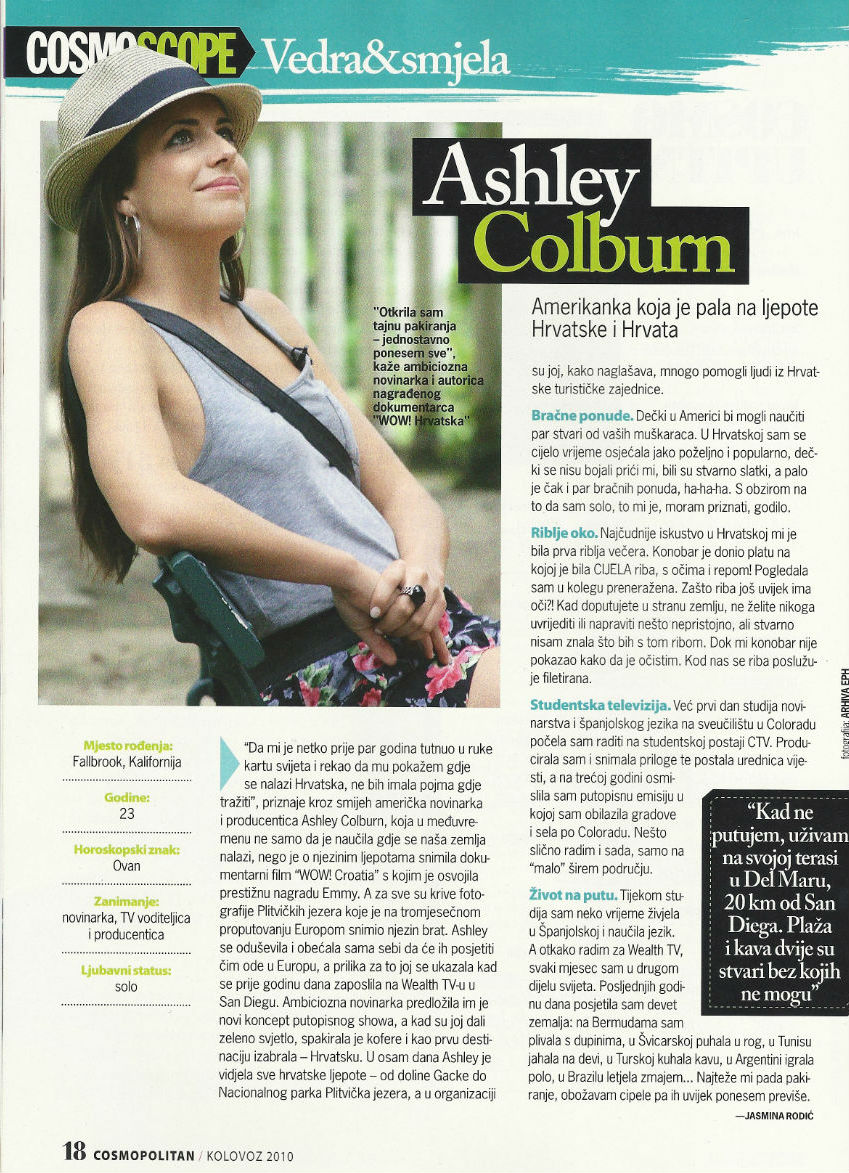