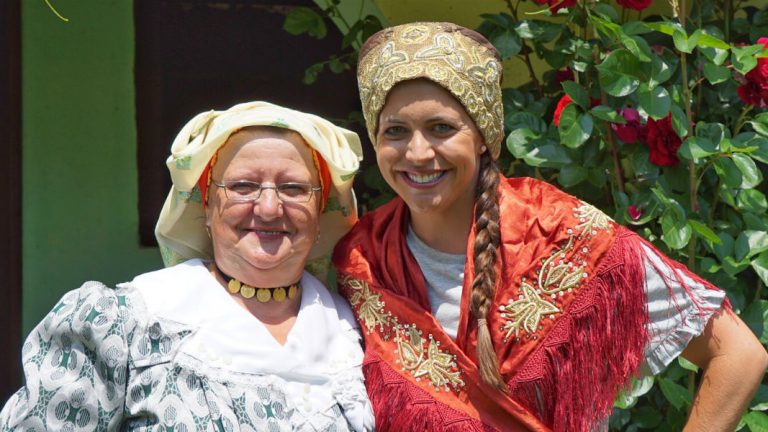 Hi! I’m Ashley, a TV producer and host from San Diego, California, however now I live half the year in my new home, Croatia.

I am a two-time Emmy award-winning TV producer and host and have traveled to more than 50 countries. I spend about 9 months a year on the road filming, but several of these months I am based in Croatia. I have two TV series that are airing around the world. In the USA you can watch “Takeoff with Ashley Colburn” on AWE and my other series “WONDERS” airs around the world. For more info and details you can visit www.ashleycolburnproductions.com

In addition to filming my TV series, I am busy working with travel companies around the world, guest speaking at travel and television conferences and always working on promoting Croatia.

Croatia stole my heart back in 2009 when I arrived for the first time to film my first TV Travel show, “WOW Croatia.” From that moment, I knew Croatia would be a part of me forever. WOW Croatia received an EMMY in 2010 and I was then invited to come back to Croatia to receive the Zlatna Penkala Award from Croatia National Tourism Board.

The reason I came to Croatia in the first place was because my brother, Garrett, backpacked around all of Europe and told me it was his favorite place. I also saw his pictures of Plitvice Lakes and Croatia soon became the top place on my bucket list.

In 2011, I decided to film an entire documentary series about Croatia, producing 7, one-hour episodes called WONDERS OF CROATIA. The series now airs all around the world. You can watch a promo for the series here. This series also aired on Croatia’s National Television station, HRT.

Now, after millions have watched my shows, I wanted a way to help them plan their trips to Croatia online- this is the best and most efficient way to share my tips and tricks on places to visit! Better yet, you don’t have to read about, but you can watch the videos in just three minutes.

I hope this video guides are helpful and if you have any further questions, don’t hesitate to contact me.